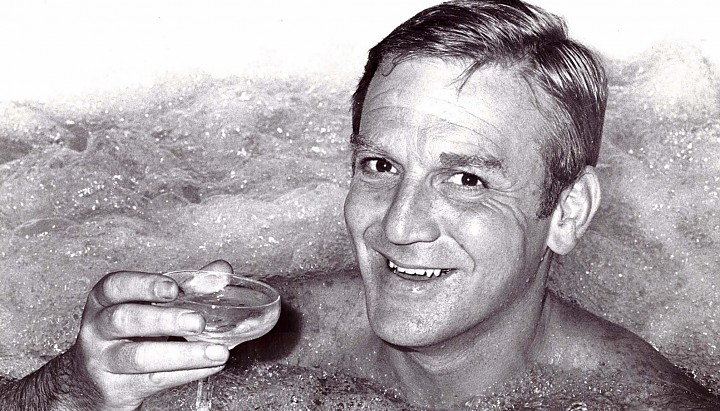 Brian Goldsmith, the man who virtually invented the nightclub in Melbourne and whose name became a byword for glamour and fun over four decades, has died, aged 88. 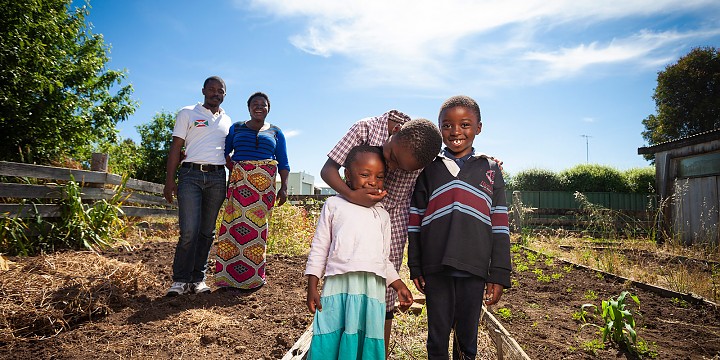 How immigration could solve the rural population dilemma

The story of rural Victoria is being re-written. And Leonard Nyandwi and his family are part of that changing narrative.

Leonard, 37, grew up in the Democratic Republic of Congo. In 1996 he fled that country and spent many years in refugee camps before settling in Melbourne. In January 2018 Leonard moved to Hamilton in western Victoria with his wife and four children under nine (a fifth child was born in August).

Read the entire article at www.racv.com.au 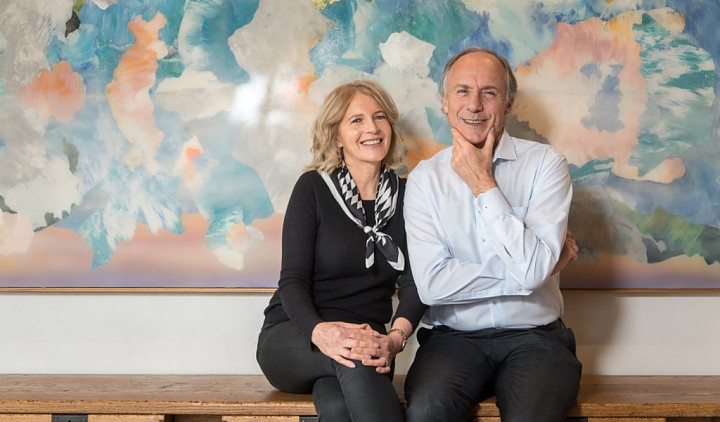 Two of us: Inside the marriage of top scientists Alan and Elizabeth Finkel

Before I met Alan, I was doing my PhD in biochemistry at Melbourne University. We met around 1981 at a friend's wedding when I asked him to dance. He was eyeing me shyly. Friends of mine, especially their male partners, are initially intimidated by Alan. But when they get to know him they are completely at ease, because he's in the moment and has natural bonhomie.

I first knew I was funny when I was three or four. I used to sit on the front step and people would walk past and I’d go, “Gday mate!” Whatever they’d say I’d say it back to them, imitate them, try and crack jokes. My family would laugh and I didn’t get why it was so funny.

Read the entire article at www.racv.com.au 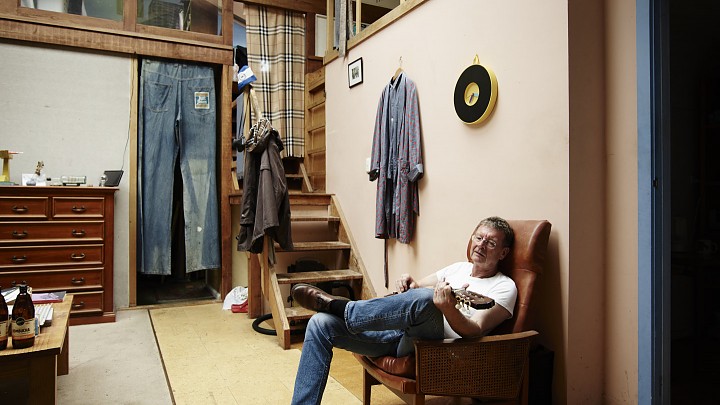 'I’m still coming to terms with what I’ve been through ... I cry every day'

On a steamy morning in an inner Melbourne street, I knock on a small square door, which appears to be the only entrance to this converted warehouse. It swings open and a stooped Red Symons appears. I bend down and enter what is effectively his brave new world. This is Symons' new digs, a property he bought 30 years ago as an investment, moved into in 2017 and is now considering renovating. It's very different from the five-bedroom family home in nearby Fitzroy North, where he and wife Elly raised their three sons. 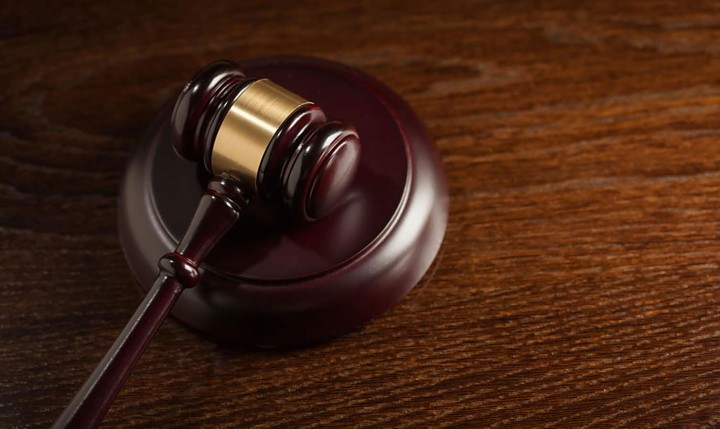 Loneliness, panic attacks, insomnia: Life for some on the judicial bench

On the afternoon of Tuesday March 14, former Victorian politician Joanne Duncan walked into a furniture shop in Geelong, an hour from Melbourne, and noticed some dining chairs which would be perfect for the beach house at nearby Ocean Grove that she and her magistrate husband Stephen Myall had just finished building. It had been a four-year project and Duncan was looking forward to Myall taking some of his accrued leave for a much-needed break there together. 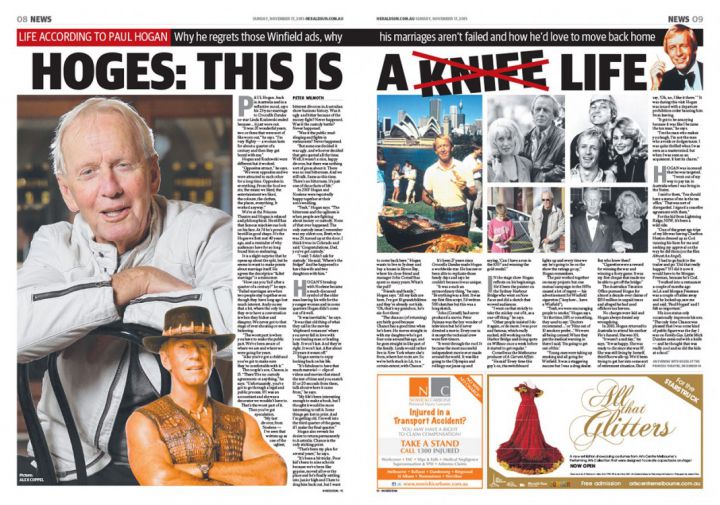 Life According to Paul Hogan

Paul Hogan, back in Australia and in a reflective mood, says his 23-year marriage to Crocodile Dundee co-star Linda Kozlowski ended because ... it just wore out."It was 20 wonderful years, two or three that were sort of like worn out," he says."I'm very flighty - a woman lasts for about a quarter of a century and then they get bored with me.”

Read the entire article at www.news.com.au 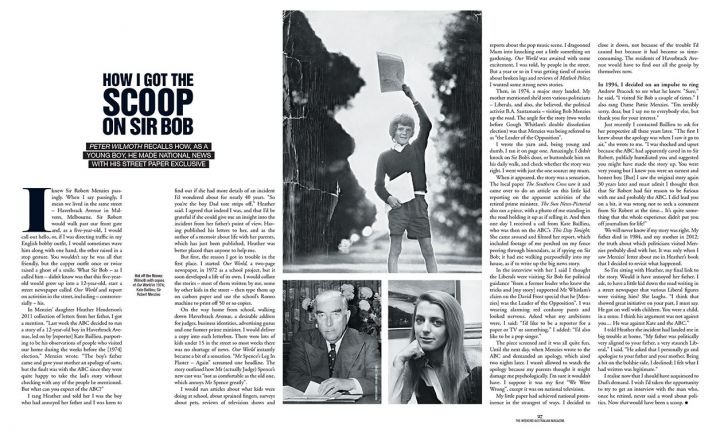 How I Got the Scoop on Sir Bob

I knew Sir Robert Menzies passingly. When I say passingly, I mean we lived in the same street – Haverbrack Avenue in Malvern, Melbourne. Sir Robert would walk past our front gate and, as a five-year-old, I would call out hello, or, if I was directing traffic in my English bobby outfit, I would sometimes wave him along with one hand, the other raised in a stop gesture. You wouldn’t say he was all that friendly, but the copper outfit once or twice raised a ghost of a smile.

Read the entire article at www.theaustralian.com.au 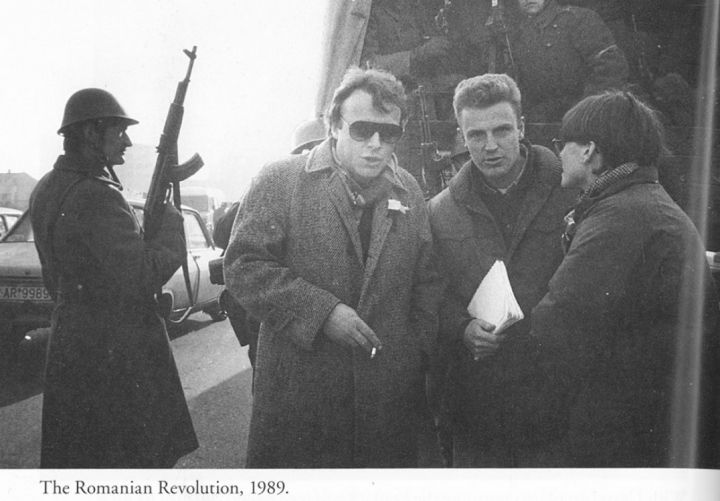 In the company of a brilliant mind

After 21 years it was a catch-up long overdue. In a Sydney restaurant, Christopher Hitchens arrived in a fawn suit and immediately set the schedule.” I will have a Scotch and two cigarettes over here," he said, moving outside the restaurant to the smoking area, “and then we will have wine at the table.”

Read the entire article at www.heraldsun.com.au