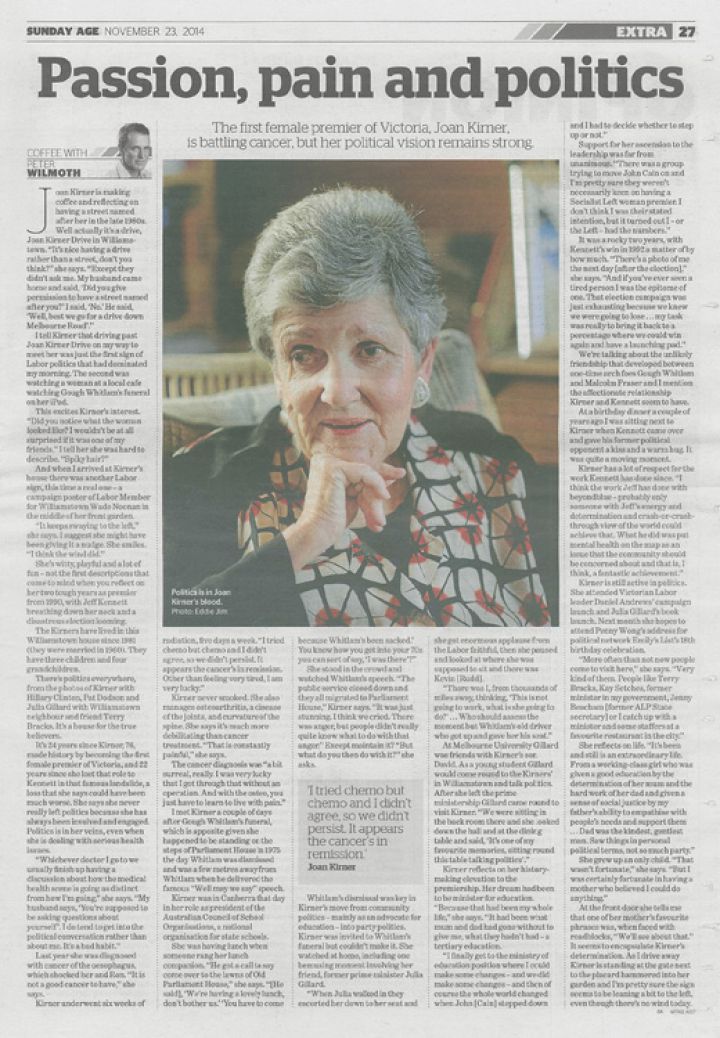 Joan Kirner is making coffee and reflecting on having a street named after her in the late 1980s. Well actually it’s a drive, Joan Kirner Drive in Williamstown. “It’s nice having a drive rather than a street, don’t you think?” she says. “Except they didn’t ask me. My husband came home and said ‘Did you give permission to have a street named after you?’ I said ‘No’. He said, ‘Well, best we go for a drive down Melbourne Road’.”

Read the entire article at www.theage.com.au 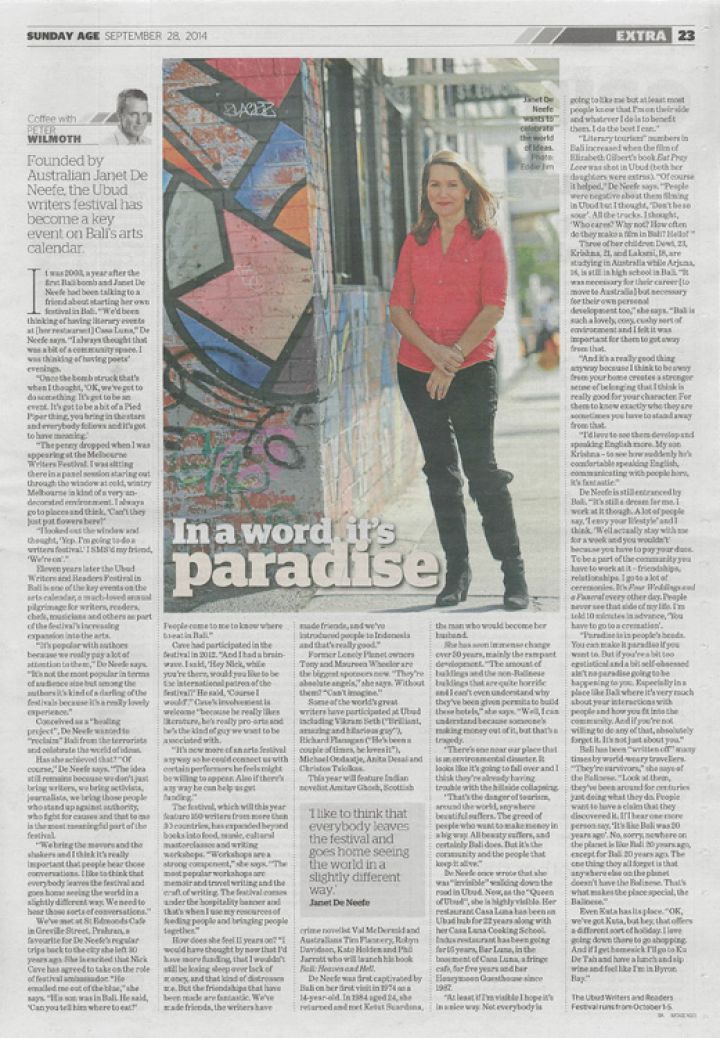 It was 2003, a year after the first Bali bomb and Janet De Neefe had been talking to a friend about starting her own festival in Bali. “We’d been thinking of having literary events at (her restaurant) Casa Luna,” De Neefe says. “I always thought that was a bit of a community space. I was thinking of having poet’s evenings.”

Read the entire article at www.theage.com.au